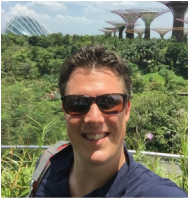 ﻿Phil Elks﻿ - PI and Sir Henry Dale Fellow
Phil studied Biochemistry BSc at Warwick University and joined the University of Sheffield for the first time in 2004 to pursue a PhD with Dr Henry Roehl and Prof Peter Croucher. During his PhD he developed the zebrafish as a model for bone development and used this to investigate the role of canonical Wnt signalling in bone formation. In 2008 Phil took up a post-doctoral position with Prof Stephen Renshaw to investigate the roles of hypoxia (HIF) signalling in a zebrafish model of inflammation.

​
In 2011 he took his HIF expertise to Leiden University (The Netherlands) on a European Respiratory Fellowship in Dr Annemarie Meijer’s group, where he investigated HIF’s effects on the host-response to mycobacterial infection. In 2013 he was awarded a Vice-Chancellor’s Fellowship in the Medical School at the University of Sheffield to establish his own research group focussing on the roles of HIF in host-pathogen interaction using the zebrafish model. In 2014 he was awarded a Sir Henry Dale Fellowship (from the Wellcome Trust and the Royal Society) to fund his research. 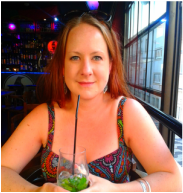 Amy Lewis - Research Assistant
Amy studied Immunology at the University of East London and later undertook an MSc in Biomedical Immunology.  She has worked in a number of labs in London and Sheffield on projects focusing on disease treatment through immune system modulation as well as those investigating more basic biological questions.

Amy enjoys walking in the Peak District and produces stained glass windows and panels in her spare time.  She is an active member of the Sheffield Campaign for Real Ale (CAMRA) and is currently engaged in local campaigning against the felling of healthy street trees across Sheffield. 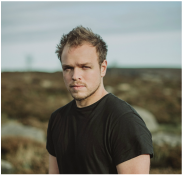 Piotr Szkuta - PhD student, Co-supervised by Prof. Alison Condliffe
Piotr holds an MSc in Microbiology and moved to Sheffield in 2014 to take part in a UK Innovate project concerning the development of novel vaccines for protection against Staphylococcus aureus infections. Piotr’s research interests relate to infection and immunity, in particular the role of the hypoxia signalling pathway and live imaging of leukocytes in tuberculosis.
Outside of the laboratory Piotr is interested in film and literature. In his free time he enjoys off-road trips, music and squash. 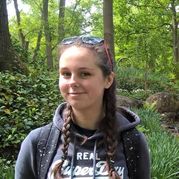 Ffion Hammond - PhD student,  Co-supervised by Prof. Endre Kiss-Toth
Ffion graduated from Keele University in 2017 with a BSc in Biochemistry with Biology, including an Industrial placement year at Wageningen University and Research Centre. She moved to Sheffield in October 2017 to start her PhD. Ffion's research interests are focused around innate immunity, in particular mechanisms influencing leukocyte polarisation during various infection models.
Outside of the lab, she is a keen lacrosse player and enjoys hiking and cinema. 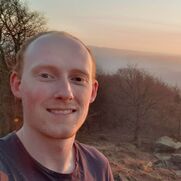 Jelle Oskam - PhD student, Co-supervised by Prof. Stephen Renshaw
Jelle initially joined the lab as a Masters from Leiden University, the Netherlands, and has returned to pursue a PhD in March 2020. During his project, Jelle will focus on the protective effects of Hif modulated neutrophils on M. marinum infection. Outside of work, he likes to hike and to go to the cinema and the gym. 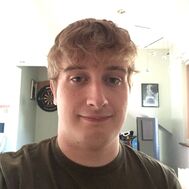 Josh Norwood - PhD student, Co-supervised by Dr Stephane Mesnage
Josh completed an MBiolSci integrated masters in Molecular Biology at the University of Sheffield and has completed a couple of successful summer research projects focusing on bacterial pathogens. Josh decided to stay in Sheffield to pursue his PhD looking at how the opportunistic bacterial pathogen Enterococcus faecalis evades detection by phagocytes during infection.
In his spare time, Josh enjoys playing golf, walking in the Peak District and visiting new places. He is also likes reading and watching films, especially horror, science fiction and fantasy. 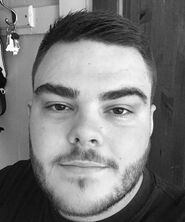 Lewis Williams - Sheffield Hallam Student
Lewis is a 3rd year Biomedical science student at Sheffield Hallam university with a keen interest in immunology and diabetes. In his spare time he likes watching the NFL, spending time with family and friends, playing games and also has an interest in film and TV. 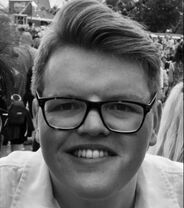 Jack Hales - Masters Student
Jack is currently studying for an MSc in biochemistry and microbiology at the university of Sheffield, he has a particular interest in immunology and infectious disease and one day hopes to contribute to solving a major health problem facing the world.
In his spare time Jack enjoys canoeing on the Norfolk broads, walking in the peak district and martial arts.
​
Jack escaped in Spring 2020 and will be taking up a PhD position in UEA in October 2020. All the best with the PhD Jack! 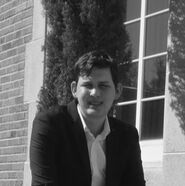 Bob Schofner - Princeton Intern- left August 2019
Bob is an american, born in Tampa, Florida, and is currently attending Princeton University for his undergraduate degree. He intends to major in molecular biology and pursue a career in surgery and medicine. Outside of his studies Bob is also an eagle scout and illustrator for a satirical Princeton periodical.
Bob is interning with the Elks lab for the duration of the 2019 summer and look forward to learning as much as he can in that time. 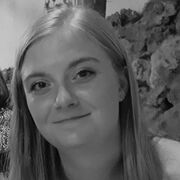 Holly Anderson - Hallam placement student- left July 2019
Holly is a Bsc student in Biochemistry at Sheffield Hallam University, completing an industrial sandwich placement. She is interested in completing a Masters and PhD after graduating. Outside of the lab Holly enjoys swimming, volunteering (previously for the Royal Voluntary Service and PDSA), painting and visiting new places.
Holly left to complete her undergraduate degree at Sheffield Hallam University. 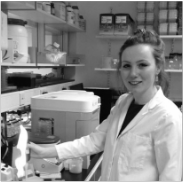 Hannah Isles - PhD Student Co-supervised, with Prof Stephen Renshaw- left June 2019
Hannah graduated from Newcastle University with a BSc (Hons) in Biomedical Sciences in 2014 and moved to Sheffield in October 2014 to start her PhD. Hannah’s research interests are focused around the resolution of the inflammatory response, in particular the mechanisms by which neutrophils are retained at the inflammatory site.
Hannah escaped to an awesome post-doc position in New York! 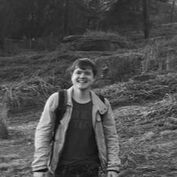 Yves Schild - Masters Intern- left March 2019
Yves studies his MSc in Medical Biology at the University of Duisburg-Essen in Germany. He has joined the lab for an internship funded by Erasmus program. He will work on a project focused on the impact of Hif on neutrophil behaviours during inflammation and infection.
Outside of the lab Yves enjoys being outdoors, walking, climbing and mountain biking, and enjoys reading a good book. 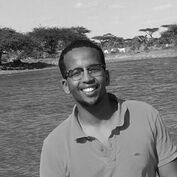 Abdi Mohamed - BMedSci student - left Summer 2018
Abdi is a BMedSci student who was born and raised in sheffield.
Outside of academia, he enjoys reading Sci-fi/fantasy novels and playing football. 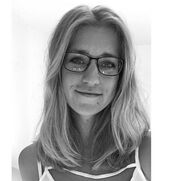 Liv Ballinger - Masters student - left Summer 2018
Liv is an MBB student studying her integrated Masters in Sheffield. She is interested in pursuing a research career in infection and immunity after graduating.
In her spare time, Liv enjoys going bouldering and to the gym, and planning her 6 month round-the-world trip. 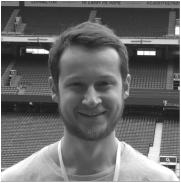